Not The Best Day in the Markets Today 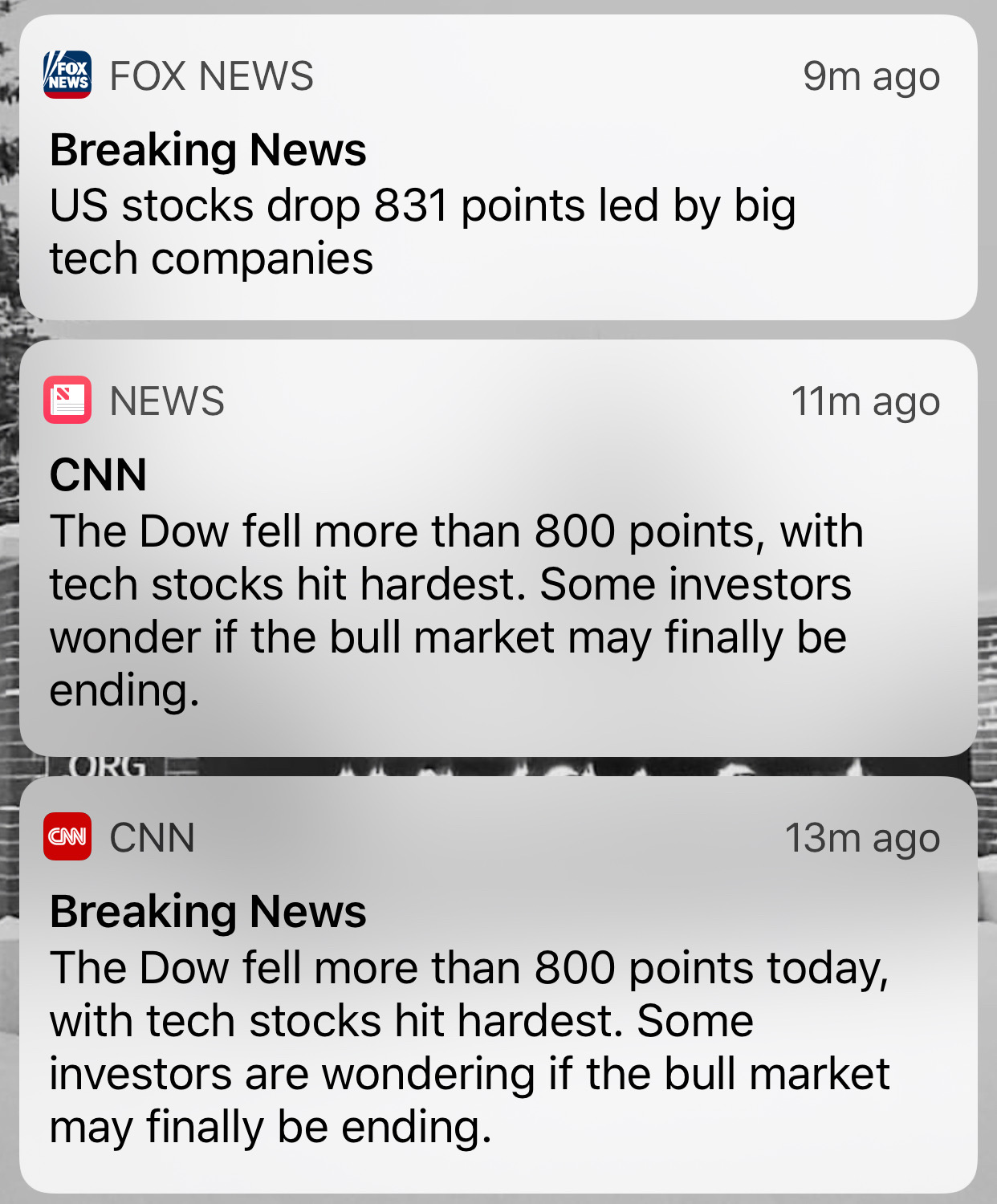 Stocks sank today, Wednesday as a steep decline in tech shares and worries of rapidly rising rates sent Wall Street through its worst day in months.

The Dow closed 831 points lower as Intel and Microsoft fell more than 3.5 percent each. The Nasdaq plummeted more than 4 percent.

The S&P 500 dropped 3.3 percent, with the tech sector underperforming. The broad index also posted a five-day losing streak — its longest since November 2016 — and fell below its 50-day and 100-day moving averages, widely followed technical levels.

Both the Dow and S&P 500 posted their biggest one-day drops since early February, while the Nasdaq notched its largest single day sell-off since June 24, 2016.

Stocks have fallen sharply this month. For October, the S&P 500 and the Dow are down more than 4.4 percent and 3.3 percent, respectively. The Nasdaq has lost more than 7.5 percent.

Rising rate fears and a pivot out of technology stocks have made it a rough last few days. The Dow has dropped in four of the past five sessions, losing nearly 900 points over that span.

Why is this important?  Some are saying that the Bull run could be ending.  So should you keep your TSP in the Risky investments, or move it over to the G Fund.  Better yet, let us help explain

alternative to the Thrift Savings Plans.  We know it would put your mind at ease knowing you could still have safety of principal, but still with upside potential.  If that is something you would like