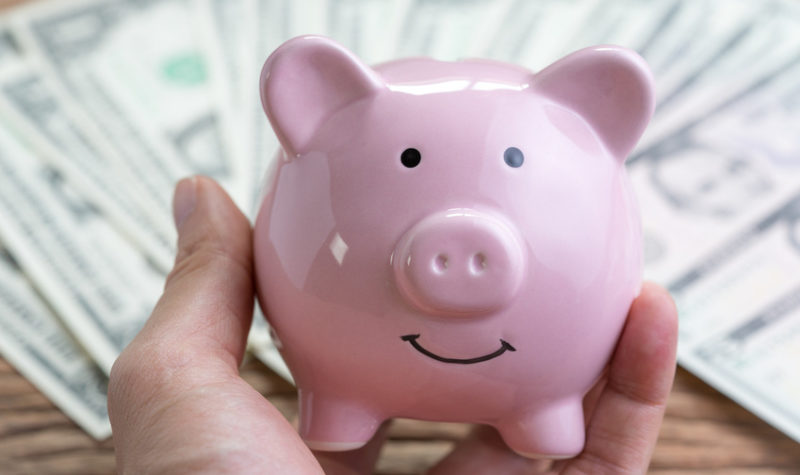 A group representing the federal law enforcement community last week sent a letter to acting OPM Director Margaret Weichert asking her to roll back an Obama administration decision to change how payments to divorced retirees are distributed to them and their former spouses.

The Federal Law Enforcement Officers Association, which represents more than 27,000 federal law enforcement professionals across 65 agencies, blasted a 2016 OPM decision to grant a “marital share” of the Federal Employees Retirement System Retiree Annuity Supplement to a retiree’s ex-spouse if the retiree is subject to a state divorce decree. Before that decision, the agency would only grant that share based on the basic annuity.

The retiree annuity supplement is the money that is paid to retirees who are not yet eligible for Social Security, which kicks in at age 62. Many law enforcement positions force officers to retire at 57. For decades, the supplement was not subject to a court-ordered marital share because OPM considered it to be a Social Security-type benefit, and thus not part of a divorce agreement.

“This policy change constituted an unwarranted reinterpretation of a 30-year old provision of the FERS statute and, more importantly, has caused real financial harm to federal law enforcement and other retirees for the more than two years that it has been enforced by the agency,” wrote association National President Nathan Catura.

In addition, the association said that OPM has applied the policy retroactively, leading to many officers suddenly owing money to the government to send to former spouses.

“[In] the more than two years since it implemented this revised policy, OPM has applied its reinterpretation retroactively and with little to no regard for the financial harm it has inflicted on retirees,” Catura wrote. “It has created individual retiree debts due to the federal government of as much as $28,389.96 (that we are aware of)—debts for which OPM has sought repayment in the form of prospective and retrospective assessments from annuitants’ retirement benefits.”

The decision to apply marital share to the annuity supplement has drawn criticism from both Congress and an agency watchdog. Sen. James Lankford, R-Okla., wrote in May that the policy change could constitute a violation of the Administrative Procedures Act, and the OPM Inspector General issued a report in February questioning the manner in which the policy was changed outside of the traditional rule-making process.

“OPM did not provide any public notice that it now considers the annuity supplement to be allocable and that, as a result, OPM will now apply the state court-ordered marital share to the annuity supplement, even when the state court order refers to the basic annuity only,” the IG wrote. “[OPM’s] new policy has been causing immediate financial disruption to annuitants. Moreover, OPM’s new policy improperly changes previously litigated final state court orders without notice to annuitants.”

OPM did not respond to a request for comment, but it disagreed with each of the findings of the IG report and suggested the report could jeopardize pending cases before the Merit Systems Protections Board. In April, the MSPB overturned a decision in which OPM sought to collect $24,000 in debt from a retired air traffic controller related to the policy change.

“As Sen. Lankford, the OIG, and MSPB have concluded, this policy change was implemented in a clandestine fashion without any regard for the court-ordered and previously-litigated provisions of the specific divorce settlements of affected retirees,” Catura wrote. “Instead, retirees and their former spouses only learned of OPM’s actions when their annuity payments changed, in some cases years after the parties had divorced and a state court had ordered a former spouse’s marital share.”

*To Learn more about your retirement benefits and what is best for you, request your free retirement consultation by visiting our contact us page. 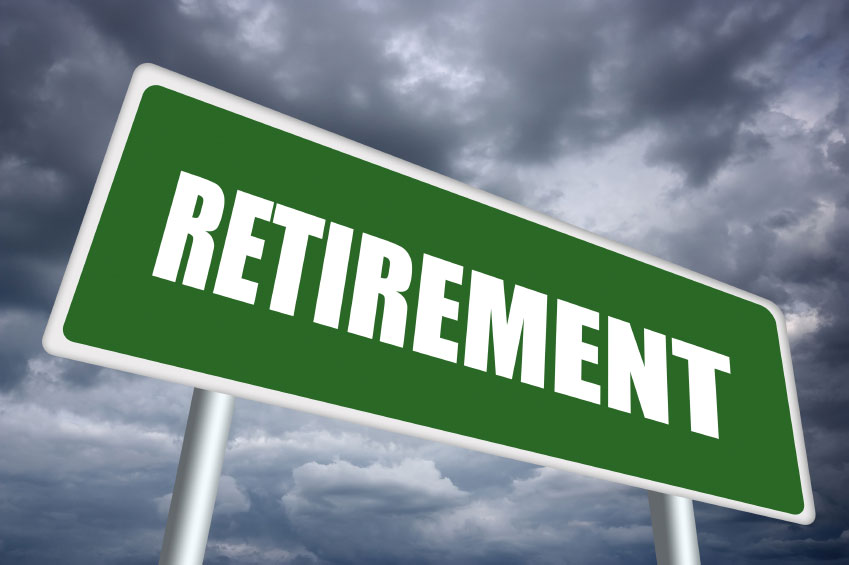 Federal retirees will receive a cost-of-living adjustment of 2.8 percent in their benefits next year, the largest increase in more than a decade.

The boost—which applies more broadly to recipients of Social Security benefits—comes on top of a 2 percent boost in 2018. That increase came after a couple of years of very low percentage COLAs. The 2017 increase was only 0.3 percent.

“CSRS retirees and Social Security recipients will be pleased to see their benefits increase by 2.8 percent in 2019, the largest increase since 2012,” said Richard Thissen, president of the National Active and Retired Federal Employees Association. “Unfortunately, hundreds of thousands of FERS retirees will be wondering why they are only receiving a 2 percent COLA when the relevant measure of consumer prices increased by 2.8 percent.”

“It is past time for Congress to ensure FERS retirees receive a full COLA each year,” Thissen added.

Tony Reardon, president of the National Treasury Employees Union, said, “As retired federal employees welcome the increase in their monthly pensions in 2019, it’s a good time to remind them and all future retirees that such routine cost-of-living adjustments cannot be taken for granted. The administration has not given up its plan to eliminate COLAs for federal employees who retire through the Federal Employee Retirement System, and severely cut them for those in the Civil Service Retirement System.”

Now for those wanting to retire soon and take advantage of this full COLA for 2019, must be retired by October 31, 2018.  Give us a call Today, or contact us and learn more about this and how we will help you.  You may still have time. 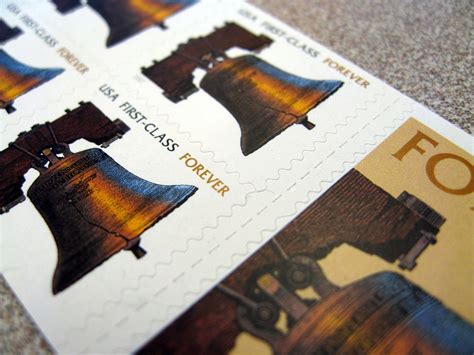 THE USPS Announces New Changes for 2019

The Postal Service has just announced price changes to take effect next year.

The USPS governors approved the proposed changes, which will be reviewed by the Postal Regulatory Commission (PRC) before they take effect Jan. 27. The governors believe these new rates will keep the Postal Service competitive while providing the agency with needed revenue.

The changes, if approved by the PRC, include a 5-cent increase in the price of a First-Class Mail Forever stamp from 50 cents to 55 cents.

The single-piece additional ounce price will be reduced to 15 cents, so a 2-ounce stamped letter, such as a typical wedding invitation, will cost less to mail, decreasing from 71 cents to 70 cents.

Here are the current and proposed prices: 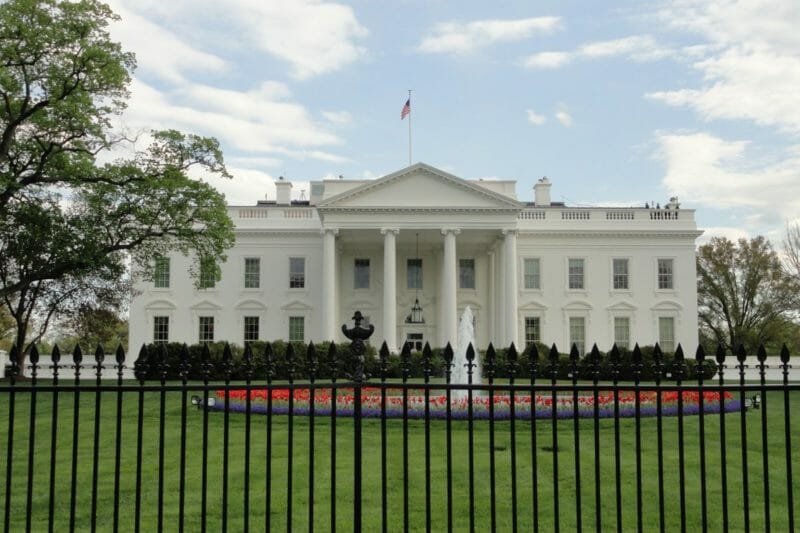 Federal human resources officials on Wednesday said that congressional efforts to fix an outdated civil service system have complicated it as much as they have improved it.

Lawmakers have repeatedly taken a piecemeal approach to providing relief to laws governing the federal workforce that date back to the 19th century and were last updated on a wholesale basis in 1978, but federal officials said those agency-by-agency and job-by-job laws have created an overly layered and disparate series of special authorities. The HR professionals made their comments at a panel discussion in downtown Washington, D.C., hosted by Government Executive.

Col. Gregory Johnson, chief of the Army’s Functional Management Division, Integrated Personnel and Pay System, said the military maintains 300 different pay systems. Those have piled up over the course of several decades, he said, and are now posing problems for the Defense Department.

“How do you understand soldiers’ talent in the military, how do you manage 1.1 million people when you have that many systems that are disparate, where the data is fractured?” he asked. “How do you do that?”

Johnson said the Army is seeking to address that question by creating an Integrated Personnel and Pay System, a project he is spearheading. The goal is to centralize all the data from all the different systems into one place, clean it up and use it to evaluate the workforce. This will enable a whole new personnel management system, he explained, and allow the Army to better evaluate each soldier’s talents to better match them to the service’s needs.

The Army is unveiling the system in phases, starting with the National Guard next year. By 2020, it will fold all Reserve and active-duty personnel into the integrated system. Johnson said those initiatives will help change the overall ethos at the Army.

“We’ve been around for a long time and culture change is hard,” he said. “So as we take a look at our current personnel processes and try to drive a talent management process, the system will help us change.”

While the military is moving the ball forward on HR simplification and consolidation, Pletcher said the civil service laws and regulations applying to civilian employees have become so complicated that very few people in government actually understand all of them. Meanwhile, she explained, lengthy hiring times and career ladder climbing have remained rigid. That has all added up to agencies losing out on top talent.

“All of the special legislative authorities, the pilot authorities…the intent is to solve specific problems, but they create even more complexity because we still haven’t changed the underlying system,” Pletcher said.

Agencies do have flexibilities, she said, but they struggle to educate their managers on what they are, how they work and whether they are legally applicable in certain situations.

“The amount of knowledge that’s required to navigate all of those different flexibilities, all of the different ways to make the system work more, while they may exist, they add a lot of complexity,” Pletcher said. “And some human capital officers say they have too many authorities right now.”

That has complicated things not just for HR professionals but for hiring managers as well, some of whom only bring on a few employees each year and struggle to keep track of all the latest authorities. Pletcher estimated USDA will hire 8,000 permanent employees and 15,000 seasonal workers next year, and each job category will come with its own recruiting challenge.

Johnson explained in blunt terms the dichotomy between what soldiers currently face in their day-to-day jobs versus what they deal with when making broader career decisions.

“We ask soldiers to go in and make life and death decisions,” Johnson said, “but we don’t really tell them what their personnel actions are.” 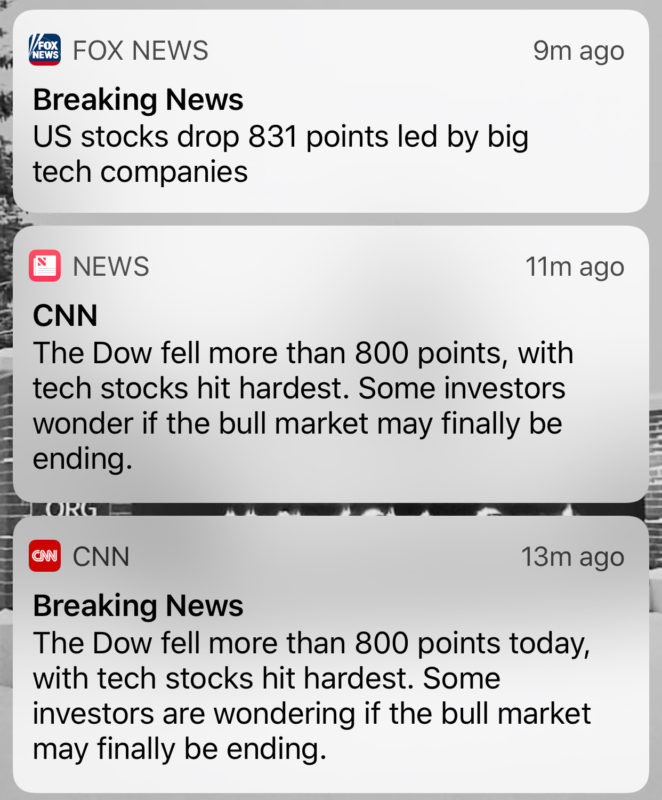 Not The Best Day in the Markets Today

By Admin | Benefits, TSP | No Comments

Stocks sank today, Wednesday as a steep decline in tech shares and worries of rapidly rising rates sent Wall Street through its worst day in months.

The Dow closed 831 points lower as Intel and Microsoft fell more than 3.5 percent each. The Nasdaq plummeted more than 4 percent.

The S&P 500 dropped 3.3 percent, with the tech sector underperforming. The broad index also posted a five-day losing streak — its longest since November 2016 — and fell below its 50-day and 100-day moving averages, widely followed technical levels.

Both the Dow and S&P 500 posted their biggest one-day drops since early February, while the Nasdaq notched its largest single day sell-off since June 24, 2016.

Stocks have fallen sharply this month. For October, the S&P 500 and the Dow are down more than 4.4 percent and 3.3 percent, respectively. The Nasdaq has lost more than 7.5 percent.

Rising rate fears and a pivot out of technology stocks have made it a rough last few days. The Dow has dropped in four of the past five sessions, losing nearly 900 points over that span.

Why is this important?  Some are saying that the Bull run could be ending.  So should you keep your TSP in the Risky investments, or move it over to the G Fund.  Better yet, let us help explain

alternative to the Thrift Savings Plans.  We know it would put your mind at ease knowing you could still have safety of principal, but still with upside potential.  If that is something you would like