Choosing between FEHB and Medicare Supplement

Right now for Federal Employees, we have several answers in regard to your FEHB plan.  First one to consider is do you have a younger spouse on your plan or children that are on the plan.  If that is a yes, then Yes, you will want to stay on that plan so that they don’t lose the coverage they have as well, but if not, then it’s a tough decision.

When you turn 65 you have the option to go Medicare and keeping your FEHB plan or going with Medicare with Medicare Supplement coverage.  Either way both will most likely become 100% coverage if you go with plan F or G.  Obamacare isn’t really affecting your premiums today, but it’s being looked at very closely by the Trump administration.  With that in mind, if premiums start to jump then a Medicare supplement might be the way to go in the future. 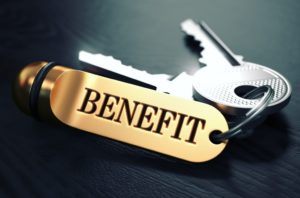 Medigap Plan G is a high-benefit plan that is commonly overlooked for the more-popular Plan F. However, Plan G is very similar to Plan F and may be cheaper in some cases.

According to 2014 enrollment data, Plan F is almost 10 times as popular as Plan G even though the two provide nearly identical coverage. The only benefit Plan F includes that Plan G does not include is the $166 annual Medicare Part B deductible (in 2016).

When comparing Medigap plans, benefits and premiums are two of the most important deciding factors. Keep reading to compare these factors for Plan F vs. Plan G.

Both Plan G and Plan F provide high levels of coverage. Plan F includes all 9 Medigap benefits. Plan G has the same coverage except it does not cover the Medicare Part B deductible, which is $166 in 2016.

The following chart compares benefits for the two plans.

This small difference in benefits between Plan G and Plan F makes a huge impact when consumers choose a Medigap plan.

When Medicare beneficiaries review the benefits chart in the guide to choosing a policy from the Centers for Medicare & Medicaid Services, they clearly see that Plan F is the only plan that offers full coverage and as a result tend to choose Plan F.

“F has a check mark in every box,” she said. “They want the one that covers all of them.”

Most medicare beneficiaries want to visit their doctors without worrying about any unexpected costs, however large or small. Plan F provides this freedom.

Plan G and Plan F monthly premiums can differ by $30 or more in most states,  the cost difference between the two plans has led many  clients to choose Plan G over Plan F.

We can see the financial incentive in going with Plan G

However, the price gap between Plan F and Plan G may not always be so large. The prices you are quoted will differ depending on the insurance company and your personal details.

On a national scale, Plan G is still less expensive than Plan F, but only by about $12 a month, according to a 2010 statistical report from the Kaiser Family Foundation (KFF).

Premiums can vary widely depending on the insurance company and the state in which you live.

Plan F was the most popular Medigap plan in 2014, with over 6 million enrollees, according to a report from America’s Health Insurance Plans (AHIP). In contrast, about 698,000 had Plan G.