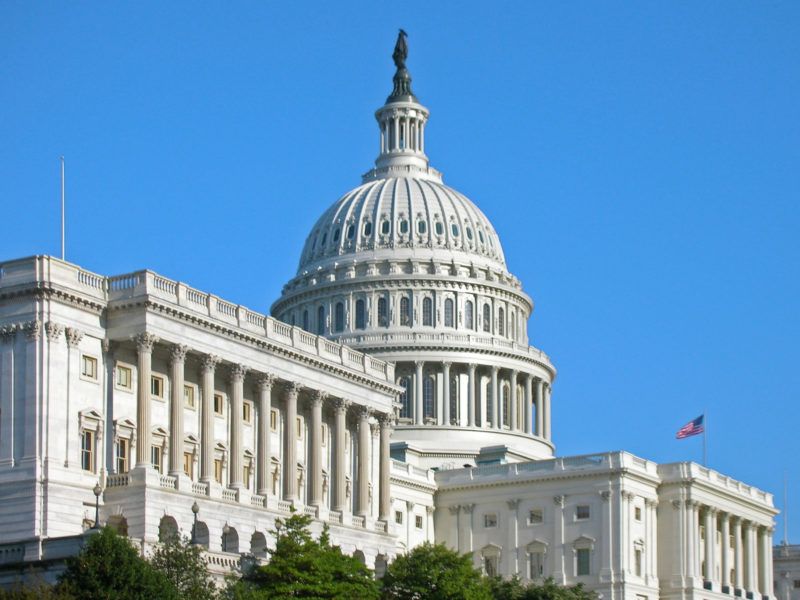 Democrats in both chambers of Congress on Tuesday reintroduced a bill that would provide federal civilian employees with a 3.5% across-the-board pay increase next year.

The Federal Adjustment of Income Rates Act (H.R. 5690) was introduced by Rep. Gerry Connolly, D-Va., in the House and Sen. Brian Schatz, D-Hawaii, in the Senate. The bill mirrors similar legislation the lawmakers introduced last year that would have provided federal workers with a 3.6% raise in 2020.

Congress did not act on either version of last year’s bill. But lawmakers and President Trump ultimately agreed to provide an average 3.1% raise—including a 2.6% basic pay increase to all federal workers, and an average 0.5% increase to locality pay—as part of the bipartisan spending deal for fiscal 2020 reached last month.

“We fought hard for several consequential victories last year, but our work on behalf of our dedicated federal workers is never finished,” Connolly said in a statement. “After years of pay freezes, furloughs and Trump shutdowns, federal employees understand better than most that we simply cannot let our guard down while this president is in the White House. The FAIR Act is much-needed and well-deserved recognition of our government’s greatest asset—its public servants.”

If approved, the raise called for in the bill would mark a nearly 1-percentage point increase over the raise enacted for this year. Lawmakers still would have to negotiate how much to increase locality pay.

“Sen. Schatz and Rep. Connolly have been advocates, year in and year out, of helping our nation’s civil servants be able to pay their bills, invest in their children’s education, and save for retirement,” he said. “Our members will be fully engaged in the effort to pass this bill into law and give federal employees the ability to keep doing what they love: serving the public.”

Meanwhile, at the monthly meeting of the board that administers the federal government’s 401(k)-style retirement savings program, officials with the Thrift Savings Plan highlighted recent successes.

According to Tee Ramos, the TSP’s director of participant services, the agency completed more than 3,100 roll-in transactions last month, which capped off a 2019 in which the TSP saw 35,000 totaling $1.34 billion.

“I think it’s a cumulative effect,” he said. “We didn’t have any special education campaigns, but our crew has just been constantly extolling the virtues [of the TSP] and the fact that we have the best plan in America. That message is getting out there and resonating with people.”

“Authenticated logins have climbed from 350,000 in early October to 1.8 million about a week ago,” Ramos said. “That represents around 550,000 unique participants.”

So far, Ramos said there have been around 7,000 instances where people failed to log in at least twice after activating two-factor authentication, and officials are helping people learn the new system when needed, and exploring ways to make logging in easier.

A Paycheck Mistake, and Changes to TSP Catch-Up Contributions

The agency responsible for processing payroll for around 650,000 federal workers last week announced that it had issued incorrect paychecks for some employees across the federal government earlier this month.

The problem stemmed from the final paycheck of the 2019 calendar, which ended Jan. 4 and was issued Jan. 10. A number of federal workers reported receiving both smaller and larger amounts than they were owed.

The National Finance Center, which is a subcomponent of the Agriculture Department but provides payroll services for a variety of federal agencies, first acknowledged the discrepancies on Jan. 10, and said the problem likely resulted from federal payroll tax withholding.

NFC said it implemented changes to fix the problem “prior to the second pass” on the relevant pay period’s payroll processing. Although the agency said it expected to have compiled a list of all employees who received the wrong amount in their pay check by the end of last week, it did not announce a timeframe for when employees who are owed money would be made whole, or when employees who were overpaid will see a lighter paycheck.

“Updates will be forthcoming as additional information becomes available and the corrective action is finalized,” NFC wrote.

Currently, TSP participants age 50 and older may exceed the normal 401(k) annual contribution limits in order to make up for time spent in the private sector or when they were otherwise unable to invest in the TSP. But in order to do so, those federal workers must submit a form authorizing catch-up contributions, in addition to the standard contribution election form that all participants provide to their agency.

In draft regulations set for publication to the Federal Register Thursday, the Federal Retirement Thrift Investment Board, which governs the TSP, proposed that beginning Jan. 1, 2021, federal workers will no longer be required to submit that second form to enroll in catch-up contributions.

TSP officials first announced that this change would be coming last year. It is part of an effort to make the process simpler and easier for federal workers to participate, as well as to streamline the process for both the TSP and federal agencies.

Want to learn more about how to help Maximize your TSP Contributions and other Federal Benefits, request your free retirement review today to learn all about your benefits.  Visit our Contact-Us Page to request and Schedule your review today.