Thousands of Feds Still Await Back Pay After Shutdown

Despite efforts to ensure that federal workers impacted by the 35-day partial government shutdown received back pay as quickly as possible, an official at the government’s largest payroll processor confirmed Thursday that “thousands” of employees at the Homeland Security Department are still waiting for their first paycheck of the year.

And employees at other agencies say they still are missing a significant chunk of what they were owed and it is unclear when they will be made whole.

An official at the National Finance Center, which is housed within the Agriculture Department and provides payroll services to more than 130 agencies across the federal government, confirmed Thursday that processing back pay has been “a big issue throughout all of DHS.” Due to an error related to “adjustments of pay,” HR employees have been working overtime since the government reopened to fix each employee’s pay manually.

“This was departmentwide for DHS, and there are thousands of individual, manual payments they’ve had to do,” the official said. “It’s crazy over there.”

The National Finance Center official said all Homeland Security employees still awaiting back pay should see their back pay sometime between today and Feb. 12 as essentially “three pay checks in a single deposit.”

Acting Office of Personnel Management Director Margaret Weichert touted the administration’s efforts to secure back pay in a tweet last week, suggesting that employees were “getting paid in record time” and that most employees “will be paid by [Jan. 31].” A senior administration official told Government Executive that although the vast majority of the 800,000 employees either furloughed or working without pay during the shutdown have received all of their back pay, officials were committed to ensuring remaining workers are made whole as swiftly as possible.

“The administration took unprecedented steps to ensure federal employees impacted by the shutdown received back pay within a week and before the end of the month,” the official said. “The challenges of executing a mid-cycle paycheck in record time led to a modest number of exceptions, but the vast majority of affected employees welcomed their back pay on or before January 31, rather than waiting until their next scheduled pay day of February 8.”

Officials with the American Federation of Government Employees said there also have been a number of issues surrounding back pay payments from the Interior Business Center, a payroll processor within the Interior Department that services a variety of federal agencies. In addition to incomplete payments, those paychecks have not been reflected in agency HR portals, and a number of important payroll deductions were not taken out of the payments.

A National Finance Center official confirmed that it also did not take out deductions like court-ordered payments or union dues.

“On the back pay issue, we’ve got people here [at the National Science Foundation] who are still missing between 25 and 33 percent of our pay,” said David Verardo, president of AFGE Local 3403, which represents around 1,000 NSF employees. “This is from the Interior Business Center—that’s who handles our payroll—and a whole lot of deductions weren’t taken out, including child support, alimony and, of course, union dues. The agency has told us that we have to just deal directly with those creditors. I don’t know how that works, but it seems like it involves law enforcement and the courts, so we’re bracing for some difficult times.”

The issue appears to be widespread. Officials at the Federal Railroad Administration also reported that they haven’t received all of their back pay yet, and employees at the National Archives and Records Administration also experienced issues where various deductions, from child support and alimony payments to Thrift Savings Plan loan repayments and union dues, were not taken out of their paychecks.

A post on the Interior Business Center’s website confirms that it only took “required deductions” out of back pay payments, such as taxes, insurance premiums and federal retirement program contributions.

“For other deductions, it depends on the type of deduction as to how retroactive payments will be made,” the payroll processor wrote. “In general, voluntary allotments such as Combined Federal Campaign and allotments to financial institutions will not be deducted from back pay. Another example is court-ordered payments, which may have required employees to continue to make payments via personal checks while in non-pay status.”

In a statement, the Interior Business Center said it is aware of issues surrounding missing payroll deductions, and will provide additional information to agencies “as it becomes available.” Additionally, a spokesperson said all outstanding back pay should reach employees in their next pay check, which is due to go out by Feb. 12.

“The overwhelming majority of employees received their pay on or by Jan. 31, 2019,” a spokesperson said. “The small group of employees affected (those who have not received their back pay in full) due to issues such as personnel status or data entry will receive a full interim payment in the upcoming pay cycle.” 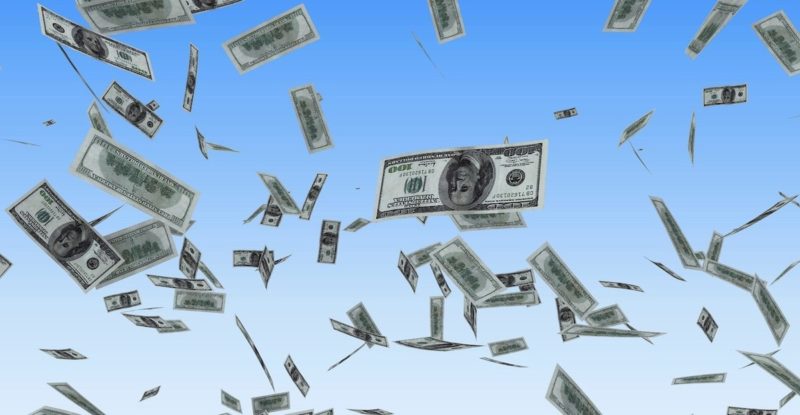 Officials with the agency that administers the federal government’s 401(k)-style retirement savings program published an interim rule Tuesday that would ensure federal employees impacted by a government shutdown can take out loans on their Thrift Savings Plan accounts regardless of how long the lapse in appropriations is expected to last.

Posted in the Federal Register by the Federal Retirement Thrift Investment Board, which governs the TSP, the rule narrowly applies to federal workers who are either furloughed or forced to work without pay during a lapse in appropriations. Before this week, any employee in a “non-pay status” was eligible to take out a loan, so long as that status was expected to last less than 30 days.

As a result, there was uncertainty regarding whether employees at unfunded agencies could apply for TSP loans during the 35-day partial government shutdown, especially as it stretched into the third and fourth week. Earlier this month, TSP officials reported that they saw a 5 percent increase in the issuance of TSP loans during the lapse in appropriations, compared to a 26 percent increase in withdrawals, a more onerous process that forces participants to incur a 10 percent tax penalty and stop contributing to their accounts for six months.

In the rule filing, officials said they took great pains in order to come up with a way to implement the rule immediately.

“This interim rule applies only to participants who are furloughed or excepted from furlough (i.e., continuing to work and earn pay, but their pay is delayed until appropriations are authorized) due to a government shutdown,” the rule stated. “The FRTIB’s staff and contractors have designed manual workarounds to highly automated business processes in order to make this interim rule effective immediately so these participants will have access [to] TSP loans in the event of another government shutdown.”

Additionally, the rule allows TSP participants to request a suspension of their loan payments in the event of a shutdown to avoid the potential that they could default. And the agency is reexamining how it handles TSP loan applications from federal employees in other forms of non-pay status.

“Participants who are not receiving pay for other reasons (e.g., administrative furlough, voluntary leave of absence, seasonal work, sabbatical, disciplinary suspension) remain ineligible to request a loan,” the rule stated. “The FRTIB is considering whether to allow these participants to request loans in non-pay status and will address this subject in the final rule.”

Meanwhile, the Office of Personnel Management is thinking about a new way to help federal workers decide which insurance plan to enroll in as part of the Federal Employees Health Benefits Program. Meritalk reported Monday that the agency has issued a Request for Information seeking vendors to develop a “one-stop shop” portal for employees to compare and then enroll in health care plans.

Although OPM currently offers the ability to compare different FEHB plans on its website, the enrollment process and other customer service functions are largely decentralized across a multitude of agencies’ HR departments.

Among the functions OPM hopes to include in the portal are enrollment and decision-making support, enrollment processing, as well as enrollment and premium reconciliation and data collection and reporting. Responses to the request are due March 11.

On Tuesday, OPM announced that it is extending the deadline for the Combined Federal Campaign, the federal government’s annual charity giving effort, until Feb. 22.

The campaign was disrupted by the partial government shutdown, as donations are primarily made by way of payroll deductions. As a result, many payroll offices at unfunded agencies were not open to receive or process CFC pledges. Additionally, federal workers impacted by the shutdown would have been unlikely to make charity donations without knowing when they would next receive a pay check.

Although the deadline for making donations through the campaign was delayed, OPM said in a press release that money still will begin being disbursed to charities on April 1 as originally scheduled.

We also have other alternatives to where you don’t need to take a loan from your TSP to consider. Going six months without contributions is a tough penalty. Learn more by contacting us soon.